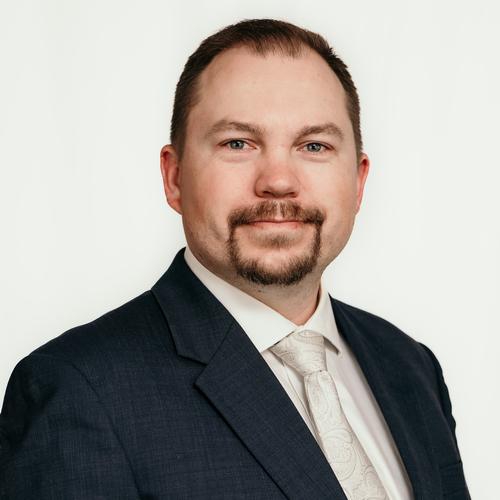 Good Life Legal’s founding attorney Matt Ausley has a positive outlook on life, faith in God, and love for family that inspire him to help his clients come out of a legal situation better than they were before. His ultimate goal with all of his clients is to help them get more out of life so that they can THRIVE. Any attorney can resolve a legal issue, but the path Matt took to becoming a lawyer has led to his understanding of the practical realities his clients are facing and his commitment to tailoring his services to meet those practical needs.

A Career Shift With a Purpose

Matt came to the practice of law after a successful career in business, working in finance, collections, and management. His first job after college was as a manager of a major finance company. Matt has always possessed an entrepreneurial spirit and has owned and managed two businesses—a pressure washing company, which he sold, and a debt collection agency that he still owns. Although he enjoyed the work he was doing, Matt began to believe he had missed his true professional calling.

While working in collections and lending, Matt had many frustrating encounters with lawyers whom he saw as disconnected from clients. He was often struck by how attorneys didn’t bother to learn about their clients’ lives as they forged ahead with legal solutions. Seeing how these legal “victories” often left the client worse off than they were before, Matt was inspired to bring a different approach to the practice of law.

Turning His Focus to Helping People With Legal Challenges

When the opportunity presented itself, Matt completed law school and started his own practice serving divorce law clients in Crestview, Pensacola and Jacksonville, Florida. He believes that the breadth of his professional experience benefits his clients because it allows him to see the big picture. He founded his practice with the goal of using the law to improve his clients’ lives, not to waste time and money on legal issues he can win, but that won’t give his client a better life.

Matt understands that his clients had a life before they encountered a legal conflict, and after the legal issue is resolved, they have to go back to their lives. He wants to make sure that he sends them back to a life that has been improved by resolving the issue, not one that has been made worse despite a shiny legal “win.” Rather than serving as a legal tactician who solves a single problem in isolation, Matt’s goal as an attorney is to be a life strategist who helps his clients build a better life after a legal challenge.

Making the Florida Panhandle His Home

After law school, Matt and his wife were drawn to the friendliness of the people in Okaloosa County and chose to move to Crestview and raise their family here. They have two young boys and are actively involved in their church.

Get Help Now For Free

In a 10-minute free phone conversation with Good Life Legal, you will learn about your legal options and whether we can help you achieve your goals. Fill out the contact form below to get started today!